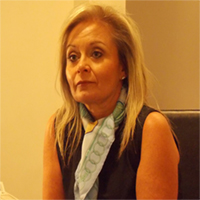 Vaya holds a law degree from the Law School of the Democritus University of Thrace, being member of Athens Bar Association since 1992. From 1992 to May 2001 she worked as senior associate at Dryllerakis & Associates Law Firm, exclusively handling issues on commercial law and relevant court cases.

As from 2001 she operated her fully organized law office, while as from 2009 she joined forces with Michael Sergakis law office

As from 2001 she operated her fully organized law office, while as from 2009 her office was joined forces with Michael Sergakis’ law office.

Vagia has 26 years’ experience and specialization in commercial law (in all types of corporate forms, mainly in SAs and other private companies) also handled a significant number of corporate transformations (mergers, acquisitions, conversions, etc.).

Moreover during the last 26 years she also handles large commercial claims, both as a legal counsellor and litigator before courts of all instances.

Vaya has long-standing co-operations with large multinational companies in the international freight transport, advertising, production and marketing of industrial raw materials and other materials, providing legal services in corporate secretarial matters, contracts of any kind with affiliated companies in Greece and abroad as well as on relevant claims in Greece and abroad. She handles numerous high-profile criminal cases related to financial crime on commercial disputes and claims.