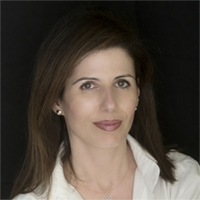 Tzema (Dimitra) has been the executive secretary of the office since 2008 with the main object of organizing the office and, at the same time, monitoring the course of judicial and extrajudicial affairs of the office’s clients and constantly updating them.

During the period 1998-2006 she worked as Executive Secretary & Personal Assistant of the president of a large multinational construction company and in the following period 2006-2008 as a freelance professional in the field of corporate public relations. Since 2008 she joined the office with the above-mentioned tasks.

Tzema has a Business Administration degree and has attended computer programs.

She speaks Greek and English.